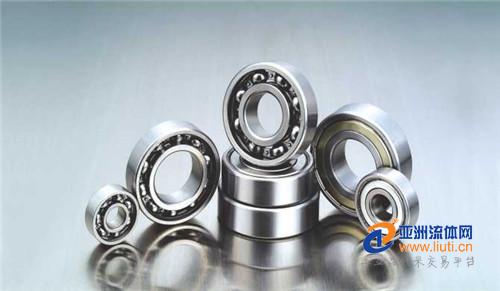 Bearings are the basic components of mechanical equipment. They are called mechanical joints and are an important basic part of equipment manufacturing. Bearings have been continuously developed with the modern industrial mechanization and automation. In modern industry, bearings are widely used in many fields such as traffic machinery, engineering machinery, precision machine tools, instruments and meters, and play an important role in the development of the world's machinery industry and other industries.

With the development of domestic aerospace, rail transit, medical equipment and other fields, the bearing industry has also achieved a certain degree of improvement. The bearing industry not only needs to advance effectively in the existing market, but also needs to actively explore emerging markets.

Under the guidance of the Twelfth Five-Year Plan, China's high-end bearing industry has formulated an industry development plan. Formulated guidelines for the development of the domestic mold industry with projects and exporting two carriages. Driven by various developments in rail transit, medical equipment, new energy, aerospace, automotive lightweighting, and rail transit, the level of China's bearing industry has been significantly improved. Bearing industry in the traditional market steady progress while actively exploring emerging markets, and even the marginal market has been neglected in the past have also been developed, these factors make the mold market to achieve remarkable results.

The transfer of global manufacturing focus to China has provided a strong impetus for the development of China's bearing industry, and it has also raised higher and higher requirements for domestic high-end bearing manufacturers. At present, China's bearing industry must focus on improving product quality and reducing manufacturing costs, and realize a strategic shift from "big" to "strong."

In 2016, the domestic hardware bearing industry showed a rapid development trend and shouldered the mission of localization of high-end equipment. Under the guidance of the Twelfth Five-Year Plan, China's bearing industry has formulated plans for industry development, namely projects and exports. An in-depth study on the supply and demand prospects of the Chinese hardware bearing industry market for 2016-2021 shows that during the 12th Five-Year Plan period, the construction of high-speed railways will reach an unprecedented peak. In 2011, the national railway plans to invest 700 billion yuan in infrastructure investment, providing the entire high-speed rail equipment manufacturing enterprises A huge market opportunity.

According to the current domestic situation, there are bound to be many difficulties in developing high-end bearings. Only by constantly overcoming the existing difficulties, can the high-end bearing industry achieve a huge leap forward. Domestic high-end bearing industry shoulders the challenge of the important mission of localization of high-end equipment in China, and taking into account the excellent R&D, casting and innovation capabilities of Axis, we believe that in the future, it will be able to support the heavy responsibility of localization of major equipment in China.

Bearing industry in the traditional market steady progress while actively exploring emerging markets, and even the marginal market has been neglected in the past have also been developed, these factors make the mold market to achieve remarkable results. Looking forward to the future to achieve more brilliant achievements.